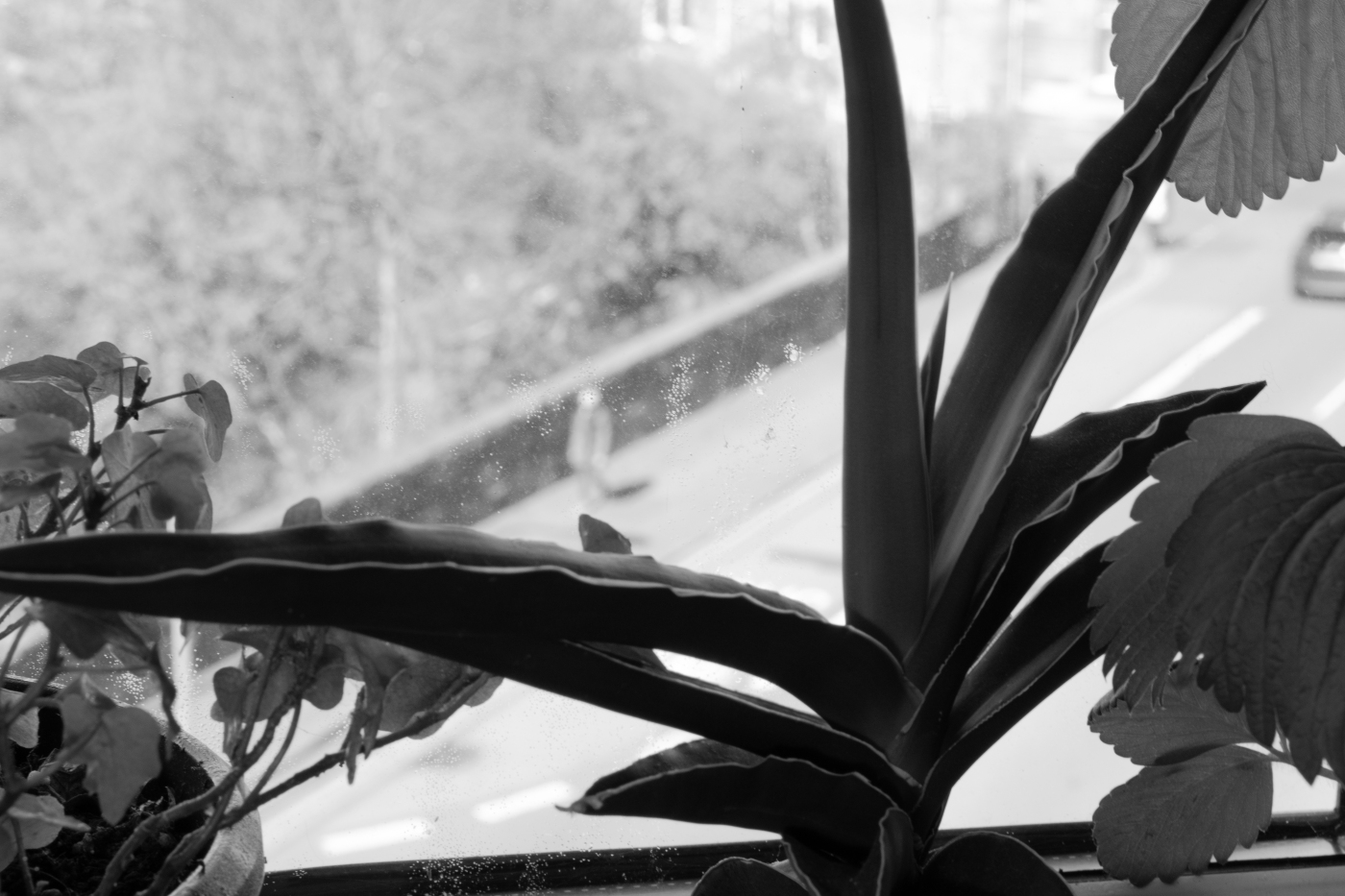 During lockdown, we were challenged to take 8 black and white photos on the theme of ‘home’. I chose to take this exercise as an opportunity to practice the Ansel Adams zone system which I have recently been reading about in Chris Johnson’s book The Practical Zone System. These theories are based on analogue film photography but the techniques of exposure previsualisation translate well to digital media and the book provides detailed explanations of how the procedure can be adapted to the characteristics of different technical processes. The system explains the process of metering different areas of a scene and using this to decide on the best exposure to recreate the brightness and contrast levels of the scene in the final photograph.

For my project, I tried to capture a range of scenes encompassing different contrasts and light levels. Some scenes were mainly in zones I to V while others were mainly zones V to VIII. This allowed me to experiment with exposing both highlights and shadows correctly and was a useful example of how my camera responds differently throughout its dynamic range (shadows are captured with a much lower bit-depth so are prone to banding when edited). In some high contrast scenes I added light to balance the exposure from windows, ensuring that the whole scene was within the zone system’s detail range (zone III to zone VII) but that the contrast between the two parts of the image was maintained.

This project and the in-class visual exercises were useful opportunities to test and experiment with different techniques. These photos were a great introduction to the zone system and I will use many of the techniques I learnt when planning and shooting Moonboy. Using zones to previsualise contrast within a scene will allow me to light much more easily and with a clear goal which can be checked using a light meter. While shooting the higher-contrast scenes, I was able to experiment with adding fill lights to balance exposure while maintaining enough of the contrast for the scene to be visually interesting – this will be particularly relevant when shooting the scenes by the kitchen window and inside the cardboard rocket.